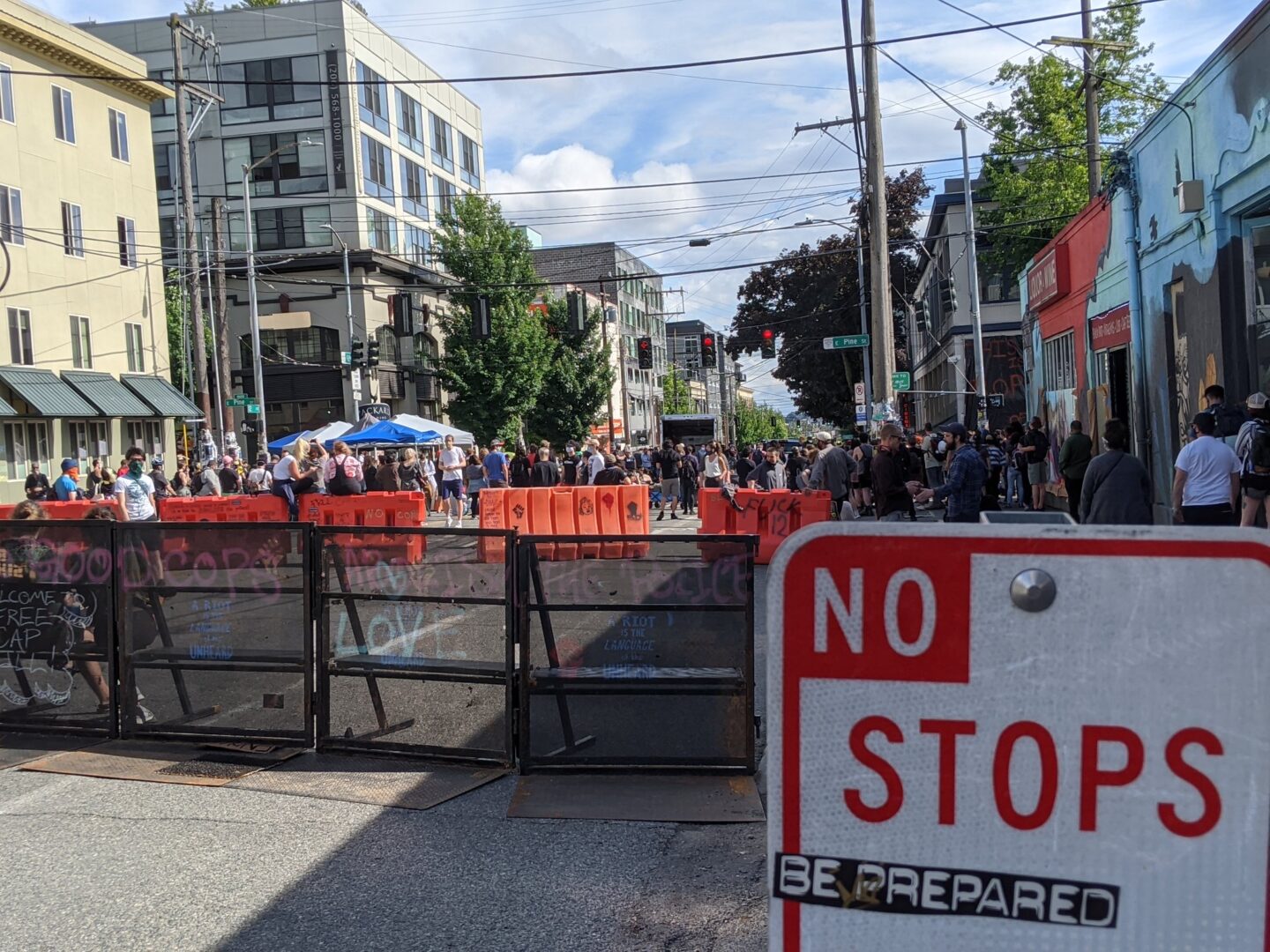 I thought the people of Chaz, do not like guns, nor policing ! Then how come they have armed guards with concealed weapons ! How about borders ? Why do they have borders ?
I thought borders are racist and cruel and only for white supremacists !
The mayor describes the six block ” protests ” camp, the “Capitol Hill autonomous Zone”, CHAZ  a ” summer of love”.
It’s been a long while since the last “summer of Love ” in 1967, in Haight Ashbury of San Francisco where leftist politics meshed with music, drug use and sexual liberation.Nostalgia is not a sin.
I wonder if these freedom loving, caring, leftists and anarchists have though about the people who have shops and stores or offices or businesses or homes in their “zone of peace”. What about the livelihood of those people ?
Also if they are “autonomous” why do they rely on outside services for EVERYTHING ?
I say let’s give them Seattle, abolish the mayor, the city council, the police and the fire department. Let them run the whole city without any of these people or services. Let them create a new system and see how it goes, with no cars and no gasoline. Let them start farming in the city and live without cell phones and computers because after all, these belong to major corporations and billionaire individuals !
No plastic water bottles or containers allowed either.