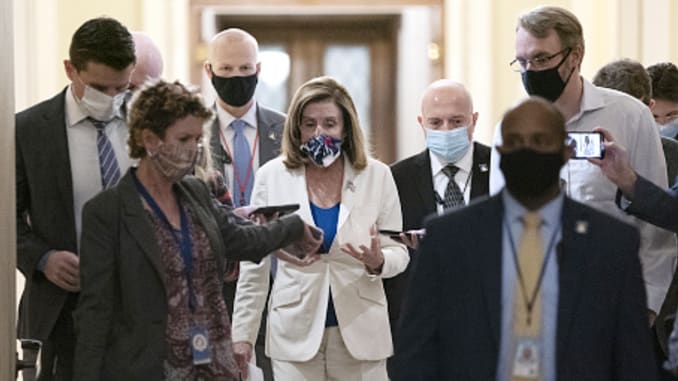 Top ranking democrats do not even know the difference between democrat and democratic. They really mistakenly call themselves the democratic party or democratic. What a huge difference the two words represent. They are everything but democratic! They also now want “virtual” debates. What a dream for them if that happens. Their candidate Joe Biden’s dementia and loss of faculty and lack of common sense can be well hidden in such a setting. He won’t look senile. They can medicate him with “stimulants” and wire him for cheating with answers.

Now they are all ganging up against The President for getting COVID because he did not “social distance” or wear a mask. Them being caught without masks and going to hair salons and airports and other areas is not important. The partisan reporters are so “worried” about the chain of success and need Mike Pence to just stay in a basement like Joe Biden. In the meanwhile, The President was discharged Monday, October 5th. These charlatans would dream of The disability of Trump and Pence so that Pelosi could take over.

If The President is discharged on October 5th, it goes to show that even a 74-year old manhandling the most stressful job in the world and attacked by an enemy of thousands in the press and social media can get better as though he had a common cold. That would be terrible news for his hateful enemies and the democrats.


You may also enjoy: