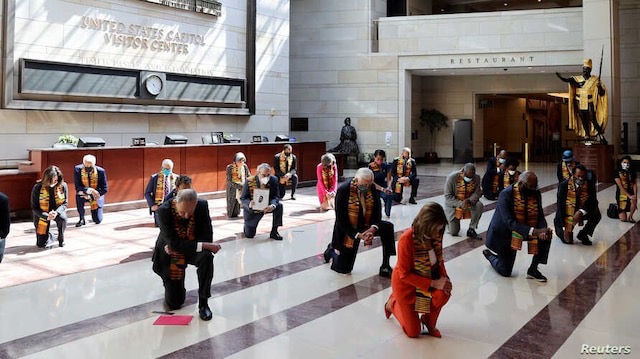 There are lots of black mayors and police and other officials including generals, Senators and Representatives of the House. We also had a two term black president. How then is this considered systemic or institutional racism ? we have the most talented sports players in the world who are black. We have the most talented artists and musicians, and song writers and singers and actors and actresses that are black. We have immensely successful black entrepreneurs and other minority leaders in all walks of life including business leaders. All the power to them because I am sure it is almost always well deserved and well earned. American culture has embraced black originated music and culture for decades. It is part of America and inseparable from  the identity of the country.There is no “American culture” if you do not include black culture as part of it.  How then do democrats try to divide whites and blacks based on racism ? They do it all the time but it reaches fever pitch in election years and elections in general. They have done this for decades taking advantage of all people along race, gender, sexual orientation and ethnicity and religion.They create division between immigrants that are legal and those that are not here legally.
Why can’t people see how they are being used by the democrats for political reasons and politics only. Wake up people ! The democrats create division and groups and then pitch them against each other.
If there is systemic racism then how do you explain institutional affirmative action. What about more favorable business aid and terms for women and minorities on all government levels for “minority” owned businesses ?
Is that part of institutional racism. If anything, it is wrongful and unfair “reverse” racism against others.