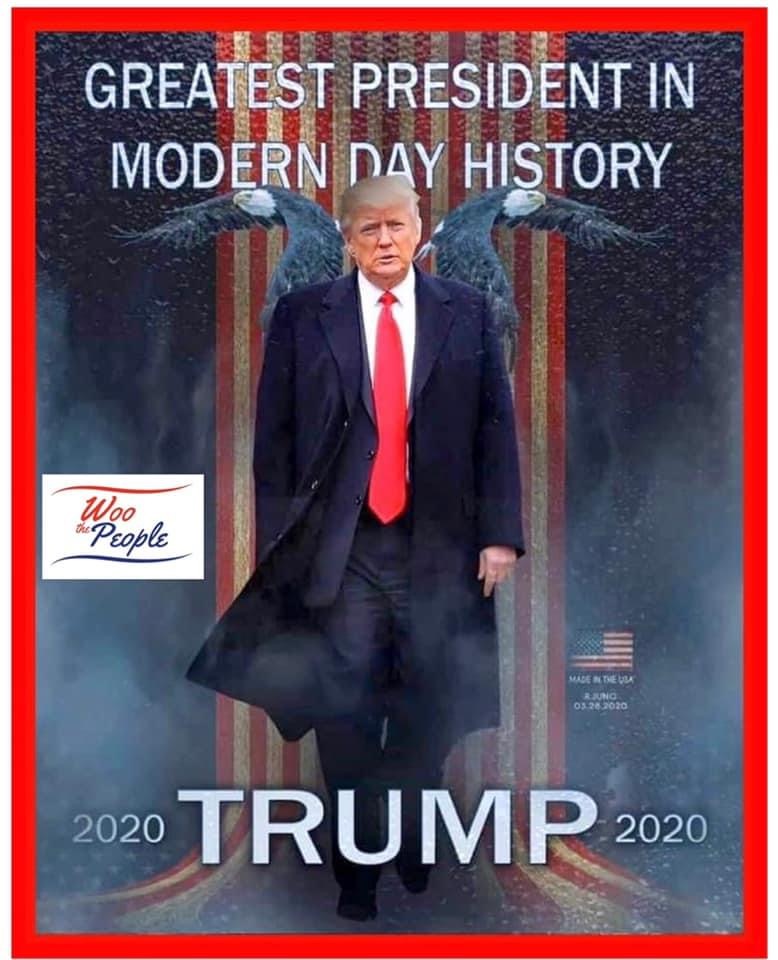 Basically, Trump checkmates the internal enemies of the USA namely the democrat, socialist party and their followers on every turn. These democrats would love The Covid to destroy the economy, destroy The President, destroy all those who do not think like them or support them. They are truly the enemies of the people.They had a meltdown when The President was leaving the hospital. They were so unhappy, with the main stream media, fake news going crazy and showing their deranged hate of The President.

They want lockdowns, closed schools and businesses and closed synagogues and churches and mosques. They have destroyed the lives of millions of people who want to reopen and go back to work. They hate the fact that the stock market is so high and did not crash. They hate anything that is good for America and the people because that is bad for them.

Trump is a fearless leader and fierce in his support of the people and the welfare of the country. They have tried to bring him down in every manner and with every method possible but unsuccessfully. They have tried to wear him and his supporters down and it has been a war of attrition, a war with a thousand knife cuts and thousands of flesh bites, but he stands tall and never falters.

This is an extraordinary man, and an extraordinary leader and he will wear them down single handedly more than they can ever imagine. He proved that the virus is not as fatal as they want to make people believe and that the shutdowns and lockdowns are all more damaging than the virus. He proved that the phony cure the democrat leaders are forcing the people to follow is much worse than the disease. The young and healthy should all be working and all businesses should  be allowed to be opened.

The virus is bad, but keeping the country locked down and schools and other parts of the economy and normal life shut down is worse and more damaging. ! As you say, we will not let the virus scare us or dominate us. We will  fight and overcome !

May God bless you President Trump and keep you safe. May God keep on giving you the wisdom to do the right things and the strength to carry them out. Despite all the propaganda and all the misinformation and the continuous efforts to brainwash the populace and the repeated lies against you, most of us see the truth and support you with all our love and all our strength !