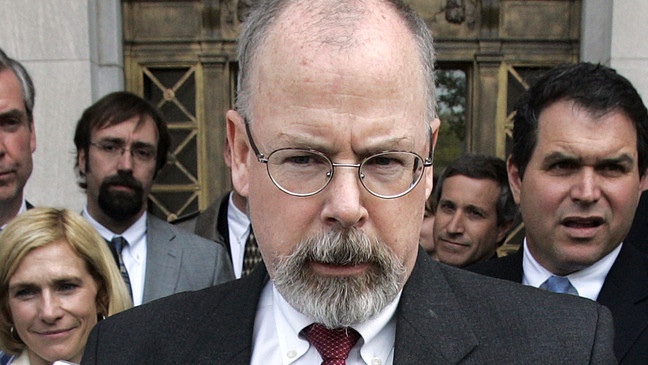 John Durham, I understand that the scope of your investigation has become much broader.

However after such a long time if you already know of wrongdoing and fraud and corruption, you should step forward and announce so. Maybe for the sake of the country and the people and for the sake of justice, you should publish your investigation in two or more phases. To just take year after year in further probes is just not right. If you already know of foul play, you must announce it! Hillary Clinton created the Russian collusion hoax to take attention away from her cheating and stealing and being bribed in favor of her foundation for tens of millions of dollars. The monies paid were not for brilliant Bill Clinton speeches, we all know that. She created this hoax to distract from her illegal email fiasco and emails that most probably proved she was being bribed and was selling favors for money to her and Bill. The bribes were  indirectly going to the Clinton’s through direct contributions to “The Clinton Foundation”.

It is quite comfortable and easy to extort other countries for money when you are The Secretary of State of The United States of America and you are willing to sell your country and people for personal gain and power. Biden did it as VP too!

Durham, Mueller knew very early on in his investigation of “Trump Russian Collusion” that The President was innocent, but dragged it on for years to beat Trump down with a circus of democrats and the MSM cheering him on. I feel with you the opposite is true. You know of extreme wrongdoing but are holding back and delaying laying the truth out. If there is no wrongdoing say so  if that is the case. Your reasoning that it has to be “complete and comprehensive and it is broader “just do not make any sense”. Justice delayed, is justice denied”, John Durham. Present your findings in two or more phases, if need be, but present them ! Stop the delays and show the country the truth. You have reasons to be fearful because the corruption goes very high up and the people know that, but you have them on your side and on the side of the truth. You need their protection and you have it.

You and Attorney General Barr need to come out soon. It is a true shame that you did not do this long before these elections!


You may also enjoy: