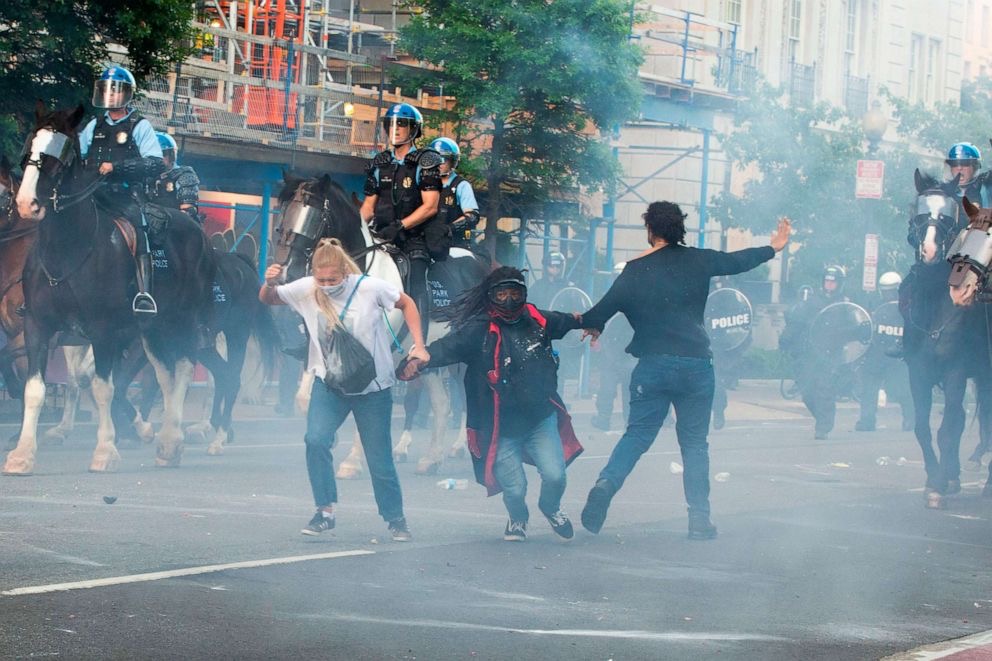 Wow, for the “most part” the protests are peaceful !
shouldn’t we all be proud ? Only some rioting and looting and destruction, not much. That is how the “news” is reporting things. Hold your heads high and express your pride for this latest achievement. The systemic racist nation which allowed all this violence and destruction to occur and go almost  entirely unpunished should be ashamed of itself ! Now the greatest idea is to “defund” the police.
The timing could not be any better. Put a “Do not disturb” sign, on all neighborhoods so that the already controlled police and law enforcement forces don’t  disturb the rioters or protect the innocent against the criminals who harm and destroy you and your communities. The damage has not been enough !  We have now found the cure for Covid-19. Protests, peaceful and violent !
On another note, all I was waiting for, was for Colin Powell, who voted for Hillary Clinton and Obama twice and some other retired generals, such as Mattis and Kelly, maybe some corrupt or incompetent establishment republicans and democrats  including Mitt Romney and Obama to convince me not to vote for President Trump. Trump, is the political outsider and  has exposed them all and does not allow them to further prosper from years of business as usual. They had it all conveniently figured out, but then came along Trump totally unexpectedly!
I am more determined than ever to vote for him because the  propaganda and attempts at brainwashing are a complete turnoff and are reaching new heights with the machinations of the democrats and their allies, the MSM.
On another note yet, even some doctors and scientists colluded to promote false narratives about Covid-19 and hydroxychlroquine. This is by a large scale study by the Lancet where 3 out of 4 authors retracted the findings of their study, which raised safety fears over the use of the anti- malarial drug  last Thursday. ! “We deeply apologize to you, the editors, and the journal readership for any “embarrassment” or “inconvenience” that this may have caused.”
The fake news and ridicule and manipulations, against a sitting President are from all corners, not just the democrats, the ideologues, MSM and career politicians, old and new, and ideologically opposed  government officials high and low. In some cases, doctors, experts, scholars and scientists and former generals and presidents are all part of the plot !