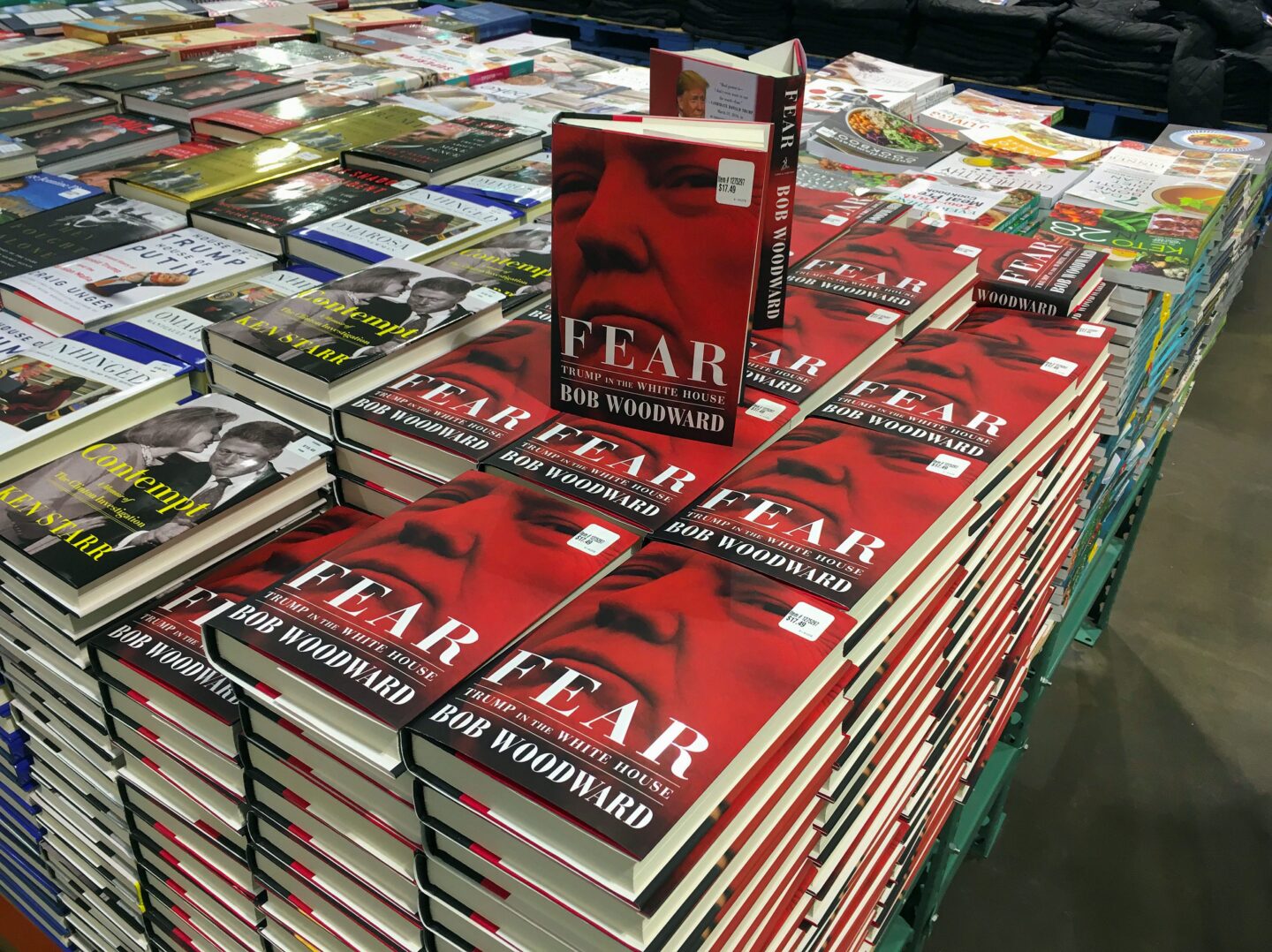 Bob Woodward, let me show you a little bit of “real journalism”. You are now going on all the MSM channels and “explaining” your book. You are not really explaining anything you are spinning the truth and committing propaganda. You are trying to make people believe what YOU want them to believe, despite the fact that a true writer of facts and news does not need to interpret or “explain” his writings. The writing is something that the people should read and make their own decisions  and conclusions on the contents. Your partisan “spin” is so blatantly obvious! If I were less experienced and did not know the truth, you would fool me.
The reason I would be fooled is the “innocent”, “neutral”, I am a “historian writer” facade you put on. The truth is you had, you have an agenda and your actions were taken to satisfy your agenda and narrative. YOU were not in search of the truth and unbiased reporting on The President. You were not recording history. If you knew in February 2020 that The President was “downplaying” this terrible pandemic, particularly February 7th.why didn’t you say so then ? If you knew that about 200,000 Americans would die why did you not shout out then ? Do you know how many would have died had The President not taken the actions he did. You said he is not fit for the office of The Presidency ! He acted faster than anyone despite what you try to spin as “downplaying”. Anyone without a ” preset agenda” understands what he intended was not to cause undue panic. You say he is not fit for office now, so close to the elections. You were asked if Biden would be good for President but you avoided answering that like the fraud you are ! You have never been after the “truth” but you work for the most partisan newspaper in the country as the hypocrite you are, for The Washington Post, and for decades you made a name for yourself on lies and manipulations. You have been bought and paid for over decades. I would not spend a penny to read your stupid book or your democrat socialist propaganda. In this age of audio and video and 24/7 TV and news there are facts that even you cannot escape from. He banned travel from China on January the 31st.2020. Everyone was against him doing that and your fellow fraudulent democrat masters  were all saying that he was a xenophobe and that things should continue as usual. Pelosi invited you to China town on February 24th 2020 saying there is no reason to stay away because of coronavirus concerns. Did you go ? Woodward, hindsight is 2020, isn’t it ?
Is that in your stupid “book” ? No, I don’t think so because you were busy planning and plotting against your interviews with The President and calculating to trap him.
You need to interview Cuomo and De Blasio because they really screwed up with the Corona  virus and made innocent people lose their lives needlessly.
But then, let’s examine that, they are democrats and you have always gone out of your way to hide their mistakes and corruption. Whether they rightfully or wrongfully   “downplay” or “overplay” the facts and what they say does not interest you !!