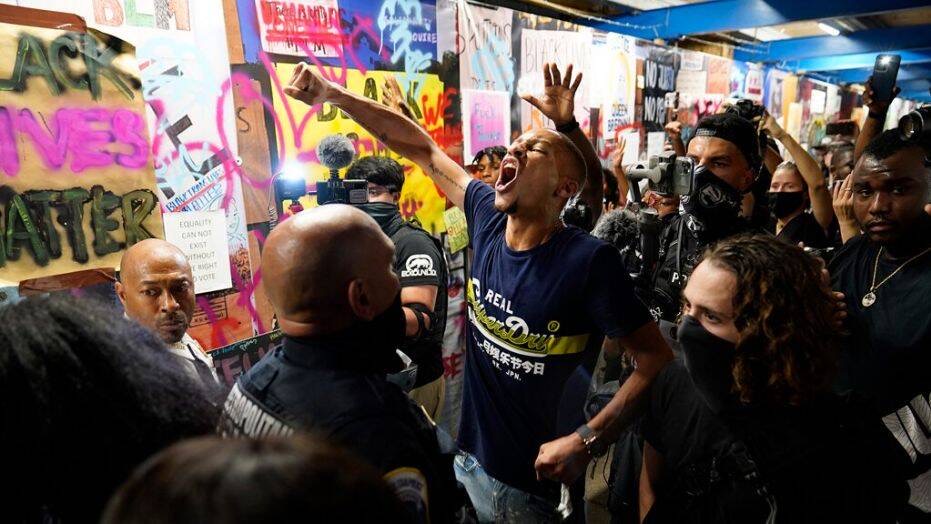 Boo!” the tall, mask-clad White man yelled, walking directly up to an elderly couple exiting a Republican National Convention event held on White House grounds on Thursday.
Many Biden supporters have called for “revolution” too.
They seem to want civil war. Nancy Pelosi said that if you are faithful to the constitution you promised to defend the Constitution against “all enemies, foreign and domestic”. She was encouraging those who committed violence against Trump supporters as fighting against “domestic enemies”. Senator Rand Paul and his wife Kelley were terrorized last night while exiting the Trump convention. They are lucky to be alive and not injured. It is time for The United States government including The Department of  Homeland security, the FBI,  the National guards and police and even the army to use force to stop the violence and mob rule. The primary role of government is the protection of the people. There is no reason not to do that before the violence rises and kills more innocent people. The democrats, the enemy within want to defund the police for treasonous reasons. They want to intimidate anyone that does not support them by mobs and violence and destruction.
The bar can go no lower and this woman cannot be more vile and deranged.She is enemy number one of The United States of America and its people.
It is time to be fully armed and ready for chaotic civil unrest, thanks to the democrats and their encouragement of anarchy and racial division.
They are clearly going to do everything in their power to promote violence, to keep businesses shut down and to stop Trump from getting re-elected. If he gets elected, the violence is not guaranteed to end.
Unfortunately, the unthinkable has happened and it might be impossible to control it.
Be prepared to defend yourselves and your loved ones. I hope it never comes to that, but remember, think of the best and be prepared for the worst. That time might just be coming.