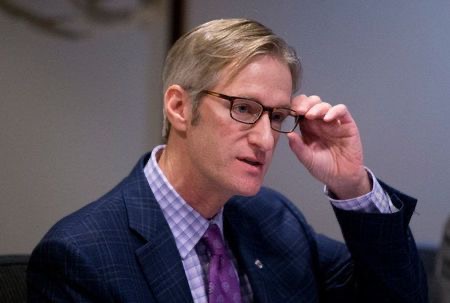 Ted Wheeler, you retard, you coward, you traitor, the reason there is so much violence now more than ever is because of m. f….rs like you! Inept and stupid. It is not because of President Trump, as you said. It is because you fascist democrats instigate and encourage hate and destruction. Trump has made it very clear that he is for law and order. It is because you hate Trump so much that you cannot give up supporting the breakdown of law and order. You are the a….le mayor of Portland. You are in charge. Do not blame Trump. I heard your stupid full of blame and excuse press conference at 1 pm. the other day. You are so blind and so not a leader. All you do is divide people.The morons who elected you, deserve you because honest sane Americans in Portland are so fed up with your lack of leadership. You and your governor are complete fools. You are in good company with De Blasio, Cuomo, Eric Garcetti, Newsom, Lori Lightfoot, Muriel Bowser, Ralph Northam and many more idiot morons who know nothing about governing.
The hate continues because you do not have the courage to stop it. The violence continues because you are such a coward that you would not convict a murderer just maybe because you might lose that vote.America has not seen this level of violence because you p..s have so much hate for our duly elected President. On top of your unprofessionalism you are a complete fraud and liar and completely corrupt. Shame on you, You bring no respect to being a mayor or an American ! Trump is a proud leader and American and the best President in a long time. You are an embarrassment to all Americans. You truly make me sick.