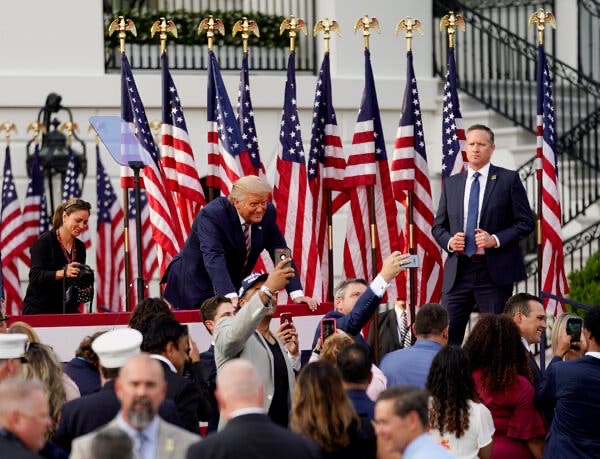 Last week, August 17th. 2020 we had the Democrat national convention or the week of doom and gloom, darkness, and depression. We were told that everything in America needs to be corrected and that the country is racist and bad. We were told blame America first. Not one word of condemnation of riots and looting and burning and violence. Not one word to unify the country or to inspire the people! The experts of racial divisive rhetoric and the demagogues were out in the open. The guy who has been in politics for 48 years and 8 years as Vice President and his gang who have failed us for decades were at it again including Barack Obama and Michelle Obama and Bernie and Pelosi and the rest of the mob. They had one message in common, America is a bad country and racist and President Trump is even worse and everything is his fault for being in office for about 3 and one half years. A week of darkness ended,  pessimism ended. Thank God.  Hey Joe, what do you say? “If you vote for Biden,                 ………………it’s very plain,  you ain’t sane”!

Contrast that with the Republican national convention, week of August 24th. 2020. America is unique, a land of greatness and light and exceptionalism. America first. The police are needed and are there for your safety and protection, despite some bad cops. Law and order versus violence and anarchy and destruction.  The differences between the candidates and the parties they represent could not be any more obvious. The choice is so easy to make if you want to live in safety and freedom and have equal opportunity and equal justice. One man runs with polls, the other with principle and conviction and vision.

A president that wants to keep America great and to keep people with jobs and dignity. A President that will protect the country from enemies and rival countries who want to see America decline like China and Iran. A President that is ending terrible trade deals where the American worker was tossed away like needless dirt. Clean the swamp and end the deep state Mr. President, despite the fierce and corrupt opposition and their media allies. Stop the fascist socialist democrats because they are no longer democratic.

What a difference, one man can make with another man! What a difference between optimism and total pessimism.The dark versus light. I hate America versus I love America.

God bless you, President Trump, America needs you for the next four years.