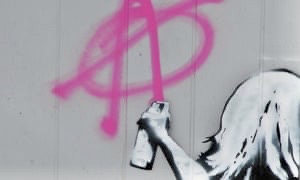 In a Constitutional Republic like the USA, democracy and freedoms are not necessarily taken away by revolution or arms. They are taken away from the people by legislation and partisanship over time. They are taken away by politicians taking the law into their own hands and abusing their powers. It is taken away by political hacks and ideologues committing illegal acts for their superiors. It is taken away by weaponizing and politicizing government agencies sworn to be neutral. It is taken away when your only goal and purpose is to be elected to be in POWER, not for the love of country or patriotism. ! It is taken away when unlike a true democracy the elected politicians think they know better what is best for the “ignorant” voters and populace.
That is how dictatorships and tyrannical rule take over, with the exception that many socialist and communist regimes and other dictatorships took over by arms. The American War of Independence or The American Revolutionary War was the original 13 colonies fighting for freedom from the British Monarchy. The overthrow of the British rule is how The United States of America was born. Sometimes, when all other methods fail, the only way to obtain democracy and the government of the people by the people for the people is by armed resistance and revolution !
It seems that we are approaching a very dangerous and dark time here. One party is extremely power-hungry and encouraging violence and anarchy. Even their silence and lack of condemnation of the violence is encouragement!
Cities like Portland and Seattle and Chicago and New York and Los Angeles and many more will never be the same. The “cancel culture” and the “defund the police ” is completely unacceptable and sheer madness.
It is time for liberals, conservatives, moderate democrats, and Republicans and all patriots who love this country to rise and stop the anarchists and socialists from taking over at whatever cost. You cannot remain indifferent or silent any longer.